What sets Dolphins apart from their Shaman siblings is the ease in which they can assimilate into society. This is not to say that it’s any better or worse for them in terms of emotional health, but externally, the popular Dolphin is a paragon of social excellence. And unlike the moody, puckish otherworldliness of a Baboon, a Dolphin’s idealism is grounded in community, teamwork, and an emotional candidness that makes them the most likable and personally accessible of all the types.

Standardized personality differences between the sexes are of this order, cultural creations to which each generation, male and female, is trained to conform.

Vocal but not aggressive, sociable but not oppressive, Dolphins use their substantial interpersonal skills to build authentic communities where individuals can be themselves without fear of social reprisal. As group leaders, Dolphins have no equal when it comes to eliciting the intimate thoughts and feelings of other group members, encouraging each individual to share past mistakes, present-day anxieties, and future dreams. During brainstorming sessions, Dolphins ensure everyone has the opportunity to speak and be heard, frequently abstaining from voicing their own opinion until the very end—as a Shaman, Dolphins are always wary of exerting too much pressure from their position of authority. This also allows the Dolphin, who might not have prior experience in a particular situation, to pool the best answers from the group, eventually leading to an ideal solution; a Dolphin need not know the way in order to lead the way.

This style of direction can be baffling to other, more authoritative types—I see you Stags and Killer Whales—who view the Dolphin’s leadership style as the sort of “leading from behind”, overly democratic idealism that pervades leadership conferences and sells books but is ineffective in the “real world.” Dolphins can only laugh at the irony. Two of the most aggressive types bending to the will of others. To a Dolphin, the world is what we make of it, not the other way around, and the only reason why antiquated concepts such as gender, racial, and sexual stereotypes continue to permeate society is because they continue to be indoctrinated as reality. A Dolphin’s main purpose in life is to create a better reality, created by all the people who live in it.

The outstanding coach is a teacher that gets all of his squad to accept the role that he considers to be the most important for the welfare of all.

Like all Shamans, Dolphins are superb at connecting with a wide variety of personalities, age groups, ethnicities, and the like, communicating and sharing ideas on an emotional level. The major difference is, as a Shaman who prefers to work within systems of people, a Dolphin’s energy is focused on crafting their message to each individual member of the team, class, or organization. Whether it’s a superstar shooting guard in dire need of a lesson in humility—can anyone say Hunter—or an entitled, apathetic American middle school student guilted by the story of Malala, those under the tutelage of Dolphins benefit from their outside-the-box teaching methods in a way that no amount of heavy-handed discipline, i.e., the traditional method, could match. The end result is that every member of the group feels accepted as an individual, and it’s that sense of self-worth that inspires instant cohesion and a dedication to the greater welfare of all. 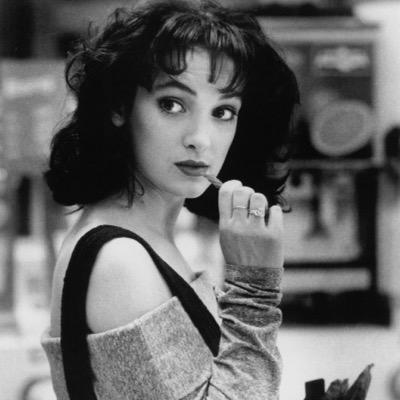 Oh, the cops. I can’t believe this is my life. Oh my God. I’m gonna have to send my SAT scores to San Quentin instead of Stanford.

Dolphins can be incredibly open about sharing their feelings, an important distinction from their equally expressive siblings, the Baboons, who mostly share their ideas and opinions while keeping their deepest feelings under wraps. This leads to Dolphins being perceived as spirited yet grounded—emotions being far more accessible to concrete personality types than abstract convictions—a major reason for their immense popularity. They are the cool, unpretentious homecoming king or queen, or the former student body president and valedictorian that, in a recurring dream of your parents, you bring home for Thanksgiving.

The downside to a Dolphin’s limited verbal discretion is that by revealing so much private information—sorry Dolphins, but not everybody needs to hear about your incontinence issues—they can make others feel uncomfortable. This can also make them appear overly sensitive and emotionally needy. And at those times when appearance and reality coincide, Dolphins begin to view the popularity that came to them with such ease through a prism of neurotic paranoia, irrationally agonizing over whether everyone hates them or not.

For a new type of progress throughout the world to become a reality, everyone must change. Tolerance is the alpha and omega of a new world order.

It’s interesting to compare Dolphins with Butterflies. While the two types could not be farther apart in many ways, they do share an essential trait: an instinct for creating harmony. However, instead of blending notes, or colors, or flavors, Dolphins create harmony among people. They are the alleviators of social discord, the peacemakers and conflict-breakers. And while peace may come at a cost—Dolphins often find themselves in the precarious position of standing, sometimes figuratively sometimes literally, arms outstretched between two raging opponents, taking punches from both sides—they do it with such humility it’s almost impossible for the warring sides to be hostile to them.

Unhealthy Dolphins might mistake acquiescence with peace, and most commonly in romantic relationships, will use a quick fix method of avoiding conflict by repressing their own needs. A mature Dolphin, in contrast, realizes that actual conflict resolution cannot be achieved without confrontation, and that diplomacy is truly a long game; one in which, with their vigorous emotional endurance and strong leadership abilities, the Dolphin is an ideal player. “La ciencia de la paz es paciencia”, the science of peace is patience.